The Minnesota Hitmen began playing together in Richfield High School’s annual Fire and Ice Broomball Tournament during the 1990’s. Pete Holstrom, the first Hitmen Hall of Famer, introduced them to the Richfield outdoor league at Taft Park. The first “Hitmen” team was called the Morris Nielsen Hitmen as they were sponsored by Morris Nielsen Funeral Homes. The team won the class D city league championships in 1999 and 2000 as the Frenchman’s Hitmen. 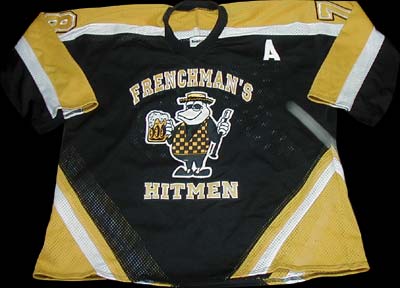